Apartments villas for rent in Granada

Apartments villas for rent in Granada

Granada is a city in southern Spain’s Andalusia region, nestled in the foothills of the Sierra Nevada mountain range. It's renowned for its grand array of medieval architecture dating to the Moorish occupation, especially the Alhambra Palace. This imposing hilltop fortress envelopes royal palaces, serene patios, and reflecting pools from the Nasrid dynasty, as well as the fountains and orchards of the Generalife gardens.

WEather permitting you can ski and swim on the same day in springtime. The Mediterranean Sea is just a 45 mins drive from Granada and Sierra Nevada ski resort is 35 km away.

The Mediterranean sea is within easy striking distance of Granada, less than an hour by car, with resort and residential towns like Motril, Almuñecar, Salobreña and many more. The traditional holiday spot for local families, the Granada coast, with it's sub-tropical climate, and agriculture dedicated to exotic fruits, is increasingly attracting foreign visitors and residents.

The tapas scene in Granada is one of the best in Spain. Served free with your drink more often than not, these bite-sized delights allow you to sample a variety of Spanish flavors without hurting your wallet. It’s the perfect way to spend an evening out

View all our apartments to rent benalmadena on the following links or use the date search box on the right of this page:

Apartments villas for rent in Granada in all locations

Granada Province lies east of Malaga Province in the region of Andalusia, stretching from the Sierra Nevada mountain range and its beautiful white peaks to the north, all the way to the varied coastline and unspoiled natural beauty of the south. Granada also borders the province and regions of Murcia, Cordoba and Almeria.

Those looking for nothing more than sun, sea and sand will want to head to the Costa Tropical with its Blue Flag beaches and water parks. Family-friendly favourites include Calahonda with its lifeguards, showers and chiringuitos, and the dark sand beach of La Herradura, with special child-friendly areas and water sports. Outdoor adventurers will enjoy exploring the diverse landscape of the Sierra Nevada foothills, with many scenic hiking, cycling and climbing routes. Soak up the local culture with historical remnants, medieval castles and UNESCO World Heritage sites such as Alhambra that tell fascinating stories of the Moors, Phoenicians and Arabs who settled here in ancient times. Some may even say that Alhambra Palace is one of the 10 wonders of the world!

Granada - immerse yourself in the history

Inland, the metropolitan regions such as Granada city offer both upscale shopping and colourful local markets, while the architecture is a mix of old and new. Take a day out to explore the historic buildings, churches, mosques and museums dotted around the main tourist districts. After sundown mingle with the crowds at the lively nightlife spots, restaurants, bars and music venues, with traditional flamenco dancing and seafood in abundance. Festivals take place throughout the year here, with colourful siestas celebrating religious occasions.

Holidaymakers visit Granada Province for its varied landscape, striking dark sand beaches, historical gems and traditional whitewashed Andalusian villages. Home to the second largest mountain range in Europe, it is the perfect base to explore the picturesque flatlands and countryside. 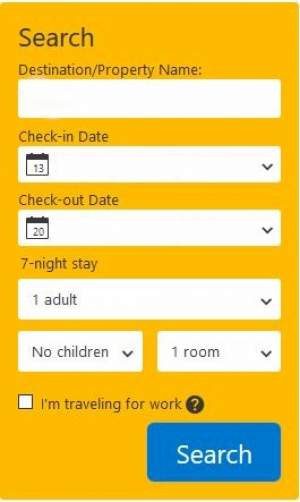